The Street and Maintenance Department provides the City of El Paso with street infrastructure maintenance and traffic engineering services designed to enhance and sustain the community’s transportation network. Other responsibilities include maintaining the City’s fleet and facilities.

The City performs operations in order to maintain the quality of the streets, with the big 3 being:

Pavement cut involves any excavating, boring, coring, or drilling in city right-of-way (ROW) areas. These cuts are usually performed in order to change, fix, or remove features in order to improve streets/ROWs. Proper forms must be filled before anything can be done to the ROW.  The following are required to get a permit and make a pavement cut:

The following are required to make a pavement cut inspection:

The City of El Paso has recently installed several new bicycle lanes across the City and is currently implementing many more changes to increase bicycling safety and awareness. Recently, bike lane counts at several locations were conducted to analyze the usage of bike facilities based on an average, continuous 15-hour period. This information will be incorporated into future bicycle planning efforts at the City. For example, Edgemere Boulevard, which links several neighborhoods, schools, and retail establishments, show high ridership along this eight-mile bike path.

The City  is currently pursuing the creation of a more connected bicycle network. The City offers several types of lanes, roadway markings, and signage to create a safer and more comfortable bicycling experience. As the City continues to develop a bicycle plan, further counts will be conducted to gather ridership data providing an accurate depiction of bicycle use throughout the city. The ridership information will be used, in part, to determine locations of new bicycle facilities. 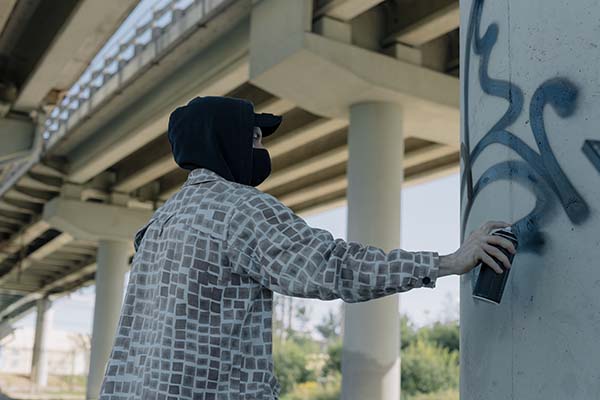 The Anti-Graffiti program is a wipe-out effort led by a full-time team of anti-graffiti technicians. This team goes through the community removing tagging from parks, homes, and street signs because graffiti is not only an eyesore; it lowers property values, attracts more graffiti, and threatens public safety. You can help Make a Difference in the battle against tagging by reporting the activity.