Similar to many cities nationwide, El Paso has been experiencing a renewed interest in urban-style living, as young professionals and retirees alike continue to express a preference for communities that are diverse in the services and amenities they provide, while also being safe, attractive, and engaging. These elements come together to create what urban planners call a “sense of place” in a city or neighborhood; a term for a community that has unique characteristics that lend authenticity to its institutions and residents. In the early twentieth century, many El Paso neighborhoods had a strong sense of place due to the types and form of development in each neighborhood. As development preferences changed over the latter half of the twentieth century, the design principles that helped to create a sense of place were lost, resulting in generic new neighborhoods, and, due to the regulations and policies of the time, the dilution of the strong sense of place of many of those older neighborhoods as well.

Today, urban planning principles are guiding the City of El Paso to create new policies and regulations that will help to restore a strong sense of place to our neighborhoods, commercial districts, and major transportation corridors. The projects featured on this website are all in support of achieving this goal. 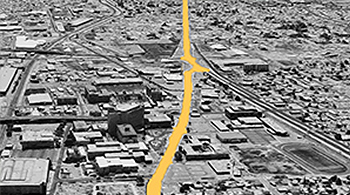 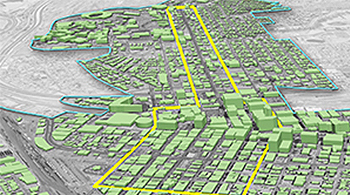 Hover over the link to see a description

El Paso then and now